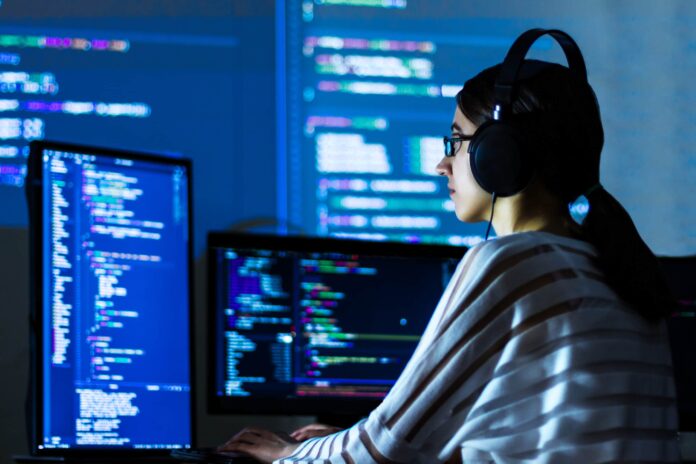 You may have ever wondered what Web development is or what the differences are between web design and development.

This article will answer the first question. Next, we’ll focus on the differences between website design and website development.

Web development is a broad term that covers a wide range of topics. There are many programming languages, as well as numerous frameworks and tools that make technical web development possible.

A History Of Web Development

Let’s start by understanding the past to better understand web development.

Static web pages and hyperlink navigation are the foundations of web development. In the beginning, developers would create static pages and link them together using hyperlinks. These web pages, unlike today’s web apps and websites, had very little or no interaction. They were created to convey information only and not much more.

CGI was first used to generate HTML using data sent by the browser to the server. CGI’s ability to generate dynamic HTML was made easier by later developments. ColdFusion and ASP are two examples of such developments. They were used as a templating language in web development. They allowed HTML to be combined with special tags or markup, making HTML generation more efficient, conditional, and dependent on a specific web page.

JavaScript was later developed to enhance the capabilities of web tools. JavaScript was also around the time that CSS emerged. Developers can now design and modify web content using CSS.

Despite the huge milestones achieved, rendering was so slow that web sites were not responsive. Asynchronous JavaScript (XML) and AJAX were developed to address these issues and allow for dynamic updates of web pages. Single Page Applications (SPAs), which are now possible with AJAX, can be created. SPAs are web pages which don’t need to be refreshed.
There are many ways to create web applications.

The growth of web development continues to accelerate. We even have web-based operating system such as Google’s Chrome OS. Cloud technology has also become so popular in recent years that it’s difficult to imagine what the future holds for web development. You can also read about modern Web Development and technologies that elevate websites into the next era.

Today, many web platforms are still popular. WordPress is one of these web platforms. The WordPress website design services today include web app development using modern frameworks and JS libraries. You can use this if you are looking for a web app or website that is modern and built on a proven solution.

HTML, JavaScript and CSS are the most common technologies used by developers in web application development.

HTML is a set of tags that code a web page’s layout, format, and components. HTML is the basis of all web development. HTML by itself will not render a page. JavaScript and CSS should be used in conjunction with HTML.

HTML was originally used to define a web page’s layout and format. However, HTML was difficult to use for small changes in style. To change the buttons’ color on a website required modifying HTML in many places.

Today, web content and styling are handled in a different way during development. HTML styles the content while CSS handles it. A small number of CSS files can be used to style a web application. For example, a single CSS file can be edited in CSS to change the colors of buttons on a site.

This programming language allows developers to modify web pages. JavaScript allows a developer to modify the structure and style of a webpage by manipulating its model. JavaScript is a powerful tool that plays a crucial role in web development.

What Is The Difference About Web Design And Web Development

I was once a believer in the myth that web design and web development are the same thing. You’ll have to distinguish web design from web programming if you find yourself in the web industry as a professional or client.

Web design is about bringing ideas to life and creating web concepts. Web designers can take your vision or story and create a design that’s visually appealing. Web designers are responsible for designing the website’s look and feel. Web designers design a website layout, much like architects plan a house before it is built. This layout is what web designers use to create the User Experience.

Many people assume that web designers are automatically responsible for creating websites. The web designers create a welcoming environment for users. They create the blueprint that will guide users to their ultimate experience. It is not an easy job, as they must start from scratch. They have to know what the client is looking for. The web designer then takes that idea and turns it into a usable design. It is clear that the success of any web design project depends greatly on the web designer who initiated it.

Web designers usually begin their work by understanding the scope of a website. The site’s purpose and focus. The designer will sketch a prototype website after analyzing the scope and reviewing the specifications provided by the client. The designer then creates wireframes and mock-ups . A website’s final design usually includes the layout of its pages, typography and icons, as well as buttons and other intricate features.

They are skilled in logo design and graphics.

They keep up-to-date with the latest design trends.

They are great branding masters.

We can see that web design is not the same as web development from the roles played by web designers. Let’s take a closer look at the roles of web developers if you are still not convinced.

Backend development is more complex programming that controls different features and interactions on web pages. This aspect of development explains how the site functions and how users use the various functionality. This area of development focuses on server requests and data. Developers use server languages like ASP.NET, PHP, and data query languages like MySQL and SQL.

Full-stack covers both front-end and back-end development. Full-stack development is a skilled developer who can use all the tools and languages necessary to create a fully functional website. They have sufficient knowledge in both design and user experience.

Web design and web development are two different things. This is to prevent the mistaken belief that web designers and web developers are one and the same.

We briefly explain the concept of web design and then highlight the differences between web designers and web developers to help you choose the right professional for your project.

Soon, we will continue to build on the discussions here and discuss topics such as client-side and server-side rendering.