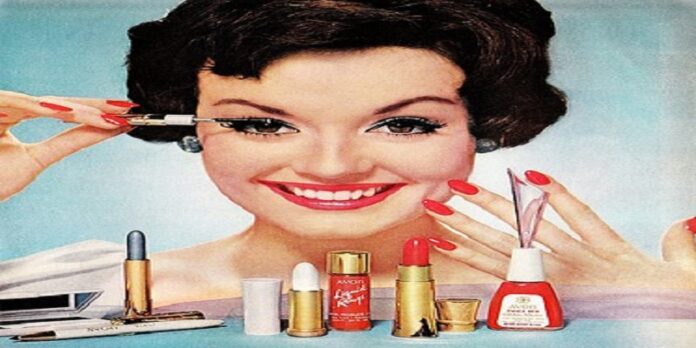 The origin of makeup and cosmetic product is dated back since 12,000 years ago. These products are use throughout the history. They are commonly associated with good health and look. Since ancient times these products are use for preventing skin from dehydration and protection from sunlight. So it means that even the ancient people were concerned about their skin and health.

The history of makeup begins at Egyptian Civilization, 10,000 BC. It is documented that males and females used scented oil for cleansing and softening of the skin. Different kinds of ingredients were used to make cosmetic products. The main ingredients of these makeup products are aloe, rose, almond oil, lavender, etc. Egyptian people were concerned about their beauty and thus used many kinds of products for the glow of the skin. As the environment of Egypt is harsh, so it is important to care good care of skin in order to prevent it from dryness.

It is found that most Egyptian women used to apply a special mixture of copper and lead ore in order to brighten their faces and add colour to their skin. This also adds the unique glow and glamour to the skin. A combination of different kinds of ingredients called kohl is used to decorate eyes.

In 3000 BC, Chinese women also used cosmetic products. Chinese people also used to paint their fingernails with different colors of gums. They paint their nails according to the social class. The gold color is associated with the royal family. The use of fake eyebrows was also common in them.
In the 300 BC, Chinese and Japanese women used powder of rice and apply them to face in order to make their skin whiter. They usually shaved their eyebrows. They also apply henna to dye their hair.

Henna is a hair dye, mehndi. It is also use to decorate hands. It is an art form through which girls of the India and subcontinent paint their hands with simple and complex designs. Usually, this product is used for weddings. It is a kind of ritual and it also enhances the beauty of hands and feet.

The history of the cosmetic product took a new turn in the 17th century with the advancement in the industry of medicine and chemistry. In the beginning, makeup products were only use by noble and high-class. At the beginning of 19th century, the use of cosmetic becomes widespread. Society demands of beautiful, young-looking attractive women with astonishing clothes and good facial features. So, in the 19th century, the use of cosmetics becomes more and more. For the makeup purpose, the lipstick, eyeliner, nail polish, eyeshades, blush, etc.; become more common. Thus, the use of makeup products gains popularity.

In the 20th Century, there was a huge rise in the modern cosmetic industry. Due to the media and telecommunication, like drama, films, photography, managed to influence all the people and thus the usage of cosmetic become more common. During the early and middle 20th century, many cosmetic companies were launch which soon become famous at international level. These companies introduced their lipsticks, lip-gloss, mascara, hair colors, gels, perfumes, powders, eyeliners, and many other similar products that enhance the look of the person.

It is clear that with such advancement, the people forget about the old-fashioned Victorian style. After the 1930s, fashion becomes more advanced and rapidly gained popularity at international level. Thus, after that, fashion changes and new styles emerge every year.
Now, in the 21st century, after every few months, a new style and design are coming. The makeup industry is also gaining a lot of success. For different occasions, different makeup products are available.

Due to the increasing demand for good looks, beauticians are available now. They have more professional skills to increase the charm of look. They also do the makeup of people. Now, in order to increase the grace of your look, a lot of parlors and beauty salon are available in every city. The number of parlors and solon increases day by day. Those males ad female who need professional help to look more beautiful and charming can take the services of solon. Similarly, packaging cosmetic product is also necessary. Wholesale cosmetic packaging is available.