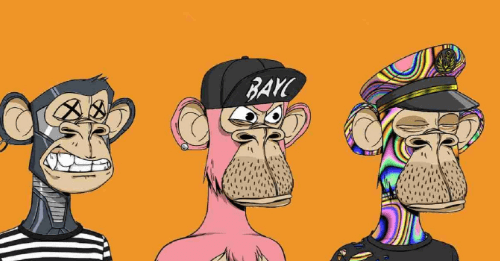 How can a cartoon of an ape made by a computer be worth almost $500,000? This is what it is, and this is why it costs so much. Even though there have been a lot of explanations of Web 3.0 and NFTs since they were first introduced, most people still don’t understand them.

The music business is full of crazy spending, like when Eminem spent $460,000 on a cartoon monkey. The Bored Ape Yacht Club NFT has 10,000 apes, and this is one of them.

You’re certain to have a lot of questions. What does the Bored Ape Yacht Club really mean? Why is it most expensive nft monkey? Is this just a financial bubble that looks like a new idea? We now know what to do. Let’s get started.

What, exactly, is the Boring Ape Yacht Club?

Bored Apes is a set of 10,000 non-fungible tokens based on Ethereum that are each unique. The Bored Apes are avatars of apes that have a variety of strange traits, some more so than others. For example, only 5% of Bored Apes have red fur, and only 3% wear a motorbike vest. The price of a Bored Ape goes up the rarer its qualities are.

As with other NFTs, The Bored Ape is not the asset itself. Instead, it is a form of ownership certificate or, in this case, a passkey. When you buy an NFT for the first time, you need to know what you really own.

Who is in charge of the Bored Ape Yacht Club?

In 2021, The Bored Ape Yacht Club was started by four business owners through their company, Yuga Labs. The founders have fun names like Gargamel, Gordon Goner, Emperor Tomato Ketchup, and No Sass. Or at least they did until BuzzFeed revealed who Gordon Goner and Gargamel were in February 2022.

Greg Solano, a writer and book critic, is really Gargamel. Wylie Aronow, who is 35 years old, is Gordon Goner. Then, both of them posted their real names and Bored Apes on Twitter. After that, Emperor Tomato Ketchup and No Sass did the same thing.

A Rolling Stone article says that the founders were influenced by NFT OGs like CryptoPunks, who have become a form of cultural currency. Like Bored Apes, CryptoPunks is a collection of 10,000 unique NFT avatars that cost a lot of money. One of these avatars sold for an unbelievable $11.7 million. If you haven’t done so already, learn about CryptoPunks and why they cost so much. The goal of BAYC was to combine the collectible-art aspect of NFTs with community participation. This would give NFTs more use than just being cult symbols for crypto cool kids.

Why do bored apes cost so much?

Why are Bored Apes so expensive? This is the most important question. Even the most exclusive club memberships in the US don’t cost $368,000. What’s going wrong? Let’s see what happens.

Bored Ape art can not only be used as a digital identity, but it also comes with the right to use it for money. Owners of Bored Ape can not only sell the NFT for a profit, but they can also sell products based on the artwork.

One owner of a bored ape made a Twitter account for the ape and made up a story about how the ape is Jenkins, the valet at the Yacht Club. Jenkins is friendly, knows a lot about cryptography, and can tell great stories. This is the perfect mix for a popular Twitter account.

Jenkins’s story is made better by the fact that he was the cheapest ape in the group, which affected his job as a valet. People have always been interested in the classic “underdog wins” story.

Jenkins was hired by a real agency in September 2021 to look into publishing opportunities in books, podcasts, movies, and TV, among other media. Neil Strauss, who is the best-selling author in the New York Times, will also help write his biography.

Jenkins’ owners are building a sub-BAYC community by letting users buy NFTs that give them the right to vote on the publication of Jenkins’ first book. People pay money to take part in this activity, which is otherwise a huge group effort.

The more likely these things are to happen, the more valuable a Bored Ape is. Brands have also “jumped in.” For example, in August 2021, Arizona Iced Tea bought a Bored Ape Yacht Club NFT to use in marketing materials. Adidas also bought a BAYC NFT to create a character and a story for them.

Since there are only 10,000 Bored Apes, there aren’t that many NFT paintings to choose from. Prices will go up because the brand is so popular and there aren’t enough of them to go around.

Also, even within the same collection, some Bored Ape avatars are more rare than others. Each Ape has a unique mix of 170 traits, like background color, earring, facial expression, headgear, outfit, etc. The high prices of some Bored Apes are also due in part to the fact that they are hard to find.

On the website for the Bored Ape Yacht Club, there is a detailed roadmap that goes over some of the special content privileges that BAYC gives to Bored Ape members. The roadmap is a list of things to do that the founders of the company hope to cross off when their sales goals are reached.

In line with the tenth goalpost, which is to find “new ways to ape with our friends,” the BAYC has come up with even more creative ways to bring people together. In June 2021, for example, anyone who owned a Bored Ape could “adopt” a canine companion NFT for free (they would only have to pay for “gas,” which is the cost of processing transactions on the Ethereum network). This led to the start of the Bored Ape Kennel Club. By selling these dogs again, the group raised $1 million for animal shelters.

Even though these dogs were free for BAYC holders, the minimum price for a Bored Ape Kennel Club dog is now 7.60 ETH, which is about $17,000 at the current ETH exchange rate. In August of 2021, 20,000 mutant Apes were made by BAYC. So that they could get more people to join, they sold 10,000 to the public for 3 ETH. Within an hour, the whole collection was sold out, making $96 million.

But all Bored Apes owners got a free airdrop of 10,000 digital vials of mutant serums. This let them use their existing Bored Apes to make new mutant apes. They could also make money by selling the new NFT on the second-hand market.

The BAYC made its own cryptocurrency, the APE coin, and gave $ape tokens to everyone who owned BAYC or MAYC in March 2022. Each person who has a BAYC NFT will be able to claim about 10,000 ApeCoin, which is worth about $100,000.

Snoop Dogg and Wiz Khalifa made an eight-track NFT mixtape for $APE holders. This shows that the APE coins can already be used in the BAYC community.

BAYC has started holding in-person events for club members, which will become an annual tradition. In November 2021, BAYC held its first annual Ape Fest. There was an art show, a costume contest, and a party on a yacht that could hold 1,000 people off the coast of Manhattan. Some of the unexpected guests at the warehouse party in Brooklyn were Lil Baby, the Strokes, Questlove, Beck, Chris Rock, and Aziz Ansari.

Bored Apes has become a status symbol because many celebrities are in it. It’s like a digital Veblen item: the higher the price, the more people want it.

Bored Apes is not the first NFT collection, but it is one of the few that you can buy. Not to put down the fact that it’s new, but it does help the movement succeed. For example, CryptoPunks is interesting because it is the first collection of NFTs.

Early in March 2022, BAYC bought Cryptopunks, which cut their competition by a lot and made them even more likely to be the leaders of the NFT-community movement. BAYC plans to give CryptoPunks owners the same intellectual property and commercialization rights that Bored Ape owners have. This will increase demand, which will cause prices to go up.

How do you feel about Monkey NFT Business?

BAYC just got $450 million to build its own game-like and decentralized Metaverse project called Otherside. The company’s goal is to make an experience that combines the real world with virtual reality. If their Metaverse project works, the BAYC’s services will be very valuable. Some people aren’t sure if the NFT sector can work in the cryptosphere, but the BAYC is making the brand more than just a collection of art. If anyone thought the BAYC was just a fluke, the company’s plans to build a community and get people involved should change their minds. This is a brand to watch.