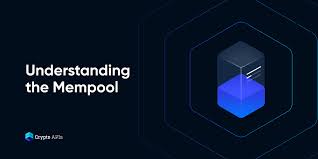 The RPC API can be used by developers to create new applications or services that make use of the Bitcoin network. For example, a developer could create a service that allows users to send and receive payments in bitcoins without having to install a local copy of the Bitcoin software on their computer.

The RPC API is also used by some popular bitcoin wallets, such as Electrum and Armory. These wallets interact with the Bitcoin network using the RPC API in order to provide their users with features such as transaction history and balance checking.

What is the mempool?

The mempool is a collection of all the unconfirmed transactions waiting to be confirmed by miners. When you make a transaction, it is first sent to the mempool where it waits to be picked up by a miner and included in the next block. Transactions are usually picked up from the mempool in the order that they were received, but sometimes miners will prioritize transactions with higher fees.

The mempool can be thought of as a waiting room for transactions; it’s where they wait to be included in a block by miners. When you make a transaction, it isn’t immediately broadcasted across the network – first, it goes into the mempool. From there, miners will pick up transactions and include them in the next block that they mine.

Transactions aren’t always picked up from the mempool in the order that they were received – sometimes, miners will prioritize transactions with higher fees. If you’re willing to pay a higher fee, your transaction is more likely to be included in the next block (and thus confirmed more quickly).

If your transaction stays in the mempool for too long without being picked up by a miner, it may eventually expire and never be confirmed at all. This can happen if there are too many transactions waiting to be confirmed and not enough miners to pick them all up – this often happens during times of high network usage (like when Bitcoin’s price is rising quickly).

How do fees work with the Bitcoin RPC API and mempool?

When a transaction is created, it is assigned a fee based on the size of the transaction and the current fee rate. The fee rate is dynamic and depends on the number of transactions waiting to be confirmed (known as the “mempool”). The higher the fee rate, the more likely a transaction is to be included in the next block.

The default behavior of the Bitcoin RPC API is to automatically include a 0.0001 BTC fee for each kilobyte of data in a transaction. This default fee may not be enough to get your transaction included in the next block, especially during periods of high network traffic.

To avoid having your transaction delayed, you can increase the fee rate by specifying an appropriate value for the “feerate” parameter when creating a transaction. The feerate parameter accepts either a numeric value in satoshis per kilobyte or a string value with suffixes “sat/kb”, “sat/b”, or “btc/kb”. For example, a feerate of 10 satoshis per kilobyte would be specified as “10” or “10sat/kb”. A feerate of 0.001 BTC per kilobyte would be specified as “10000000” or “0.001btc/kb”.

If you do not

What are some things to keep in mind when using the Bitcoin RPC API and mempool?

When using the Bitcoin RPC API, there are a few things to keep in mind. First, when creating or modifying transactions, you must include enough fee so that they can be confirmed quickly. Second, the order of transaction inputs and outputs matters; if you want your transaction to be processed quickly, be sure to put the input with the highest value first. Finally, remember that the mempool is a global resource; if you overload it with too many transactions, you may cause delays for other users.

In conclusion, there are a few things to know about bitcoin rpc api mempool fees before using it. First, make sure you understand how the system works and what the different parameters mean. Second, always check the current fee rate before sending a transaction. Finally, keep in mind that the mempool can sometimes be congested, so it’s important to monitor it closely to ensure your transaction goes through smoothly.